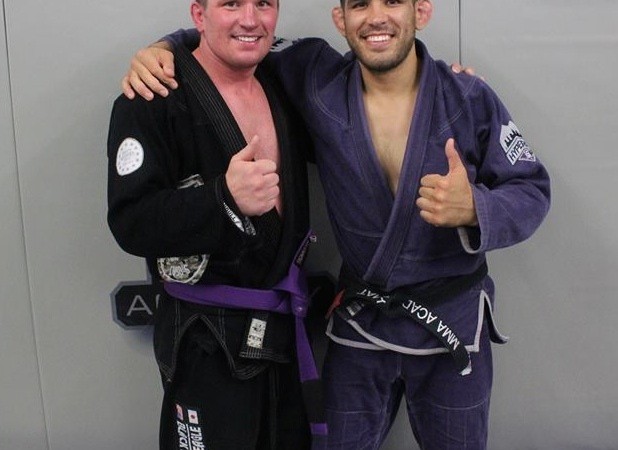 It’s been non stop down at the MMA Academy, with a jam-packed week kicking off with a double BJJ Iron-man.

Jay Kirkham has fast tracked himself from white to blue, taking to Jiu Jitsu like a duck to water.  In my last blog I mentioned he was fresh from a gold medal performance at GrappleNation…well the ‘Cash For Gold Kid’ only goes and follows that up with another first place finish the following weekend at the Blackpool Open.  Three consecutive gold medals at white belt pretty much means he just had to be moved on (otherwise there’d certainly be a reputation for ‘sand-bagging’ at the next tournament.)

Every Iron-man is exhausting but let’s just say that coach Davies’ was that little bit tougher than most.  Thanks in no small part to the odd pair of MMA gloves and the glint of revenge in the eye of 1 or 2 Academy students 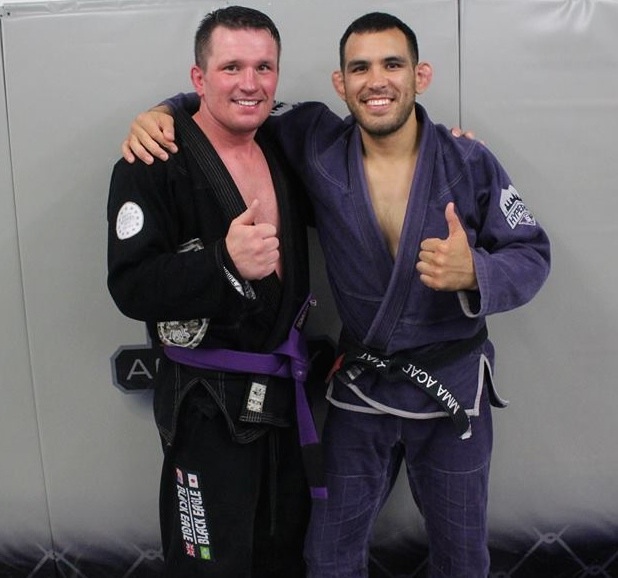 This last week I was able to get a good bit of training in with the Pro Team during the morning MMA classes.  I was obviously anticipating a big increase in the level of training here but to be honest even that’s an understatement – the standard of training partners in these classes is just immense.

There’s so much variety to work with…variety in shapes and sizes, variety in speed and strength, and also variety in everyone’s technical ability and combat backgrounds.  I’m happy to say that I felt like I held my own, and slotted in as a welcome part of the training team.

In the combat 101 MMA classes we have coach Mike Wootten taking the sessions, which I love, but in the morning pro-team sessions Mike is on the mat pounding out his own technique with you.  There’s someone who’s a bit of a specialist in any of the martial arts you want to train.  You’ve got ex-boxers, Muay-Thai competitors, wrestlers, high-level BJJ fighters, etc, etc.  And there’s even people who are awesome in all of those fields – for example the multi-talented Lawrence Fitzpatrick.  Loz is someone I hadn’t trained with too much as he doesn’t get to attend many 101 classes, but my word is he the full package.  I think he’s just been featured on Danny Dyer’s Most Hardest Men.  Nah but seriously, training with people of his calibre will only fast-track my own development.  I even noticed it at Saturday’s sparring.  Recently we’ve all been sparring simutaneously of a Saturday in a sort of “shoot-boxing” format, which now takes place before the BJJ Open Mat (rather than after the open mat, when we’d spar just two at a time in the cage.)  I have to be honest, I’d been struggling with my fitness (even though I know I’m fit?!) and been gassing out after a couple of rounds.  But with the techniques and confidence I’ve picked up from working with the pro team I managed to breeze through 8 rounds this past Saturday.  Well, I’m exaggerating when I say “breeze through” but I felt almost as effective in the last round as I did in the first.  Things really seem to be clicking together right now.

The only bad thing is that training in the mornings impacted on my 101 Jiu Jitsu classes in the evenings.  Just missing a week or two when you’re at the developmental stage I’m at can really throw you off course.  I was chatting with a fellow white belt Davey Abram in the changing rooms before class and he remarked (in a good way) how he’s going home and his head is chocker full of Jiu Jitsu techniques he’s been learning.  Well that’s me right now too!  Actually, that will probably always be me, as ‘Jitz’ is such a brilliant and complex sport that I can’t imagine you’ll ever stop learning or enjoying it.

I just want to keep the balance right with training with the pro team and continually making Jiu Jitsu improvements in the evening classes.  This is something to adress over the next few weeks, once I sort out a regular pattern with my full time job.

This eventful week rounded off with a successful night for the MMA Academy down at the Liverpool Olympia, on the local BAMMA card.

We had two competitors in action, and this illustrates exactly what I was talking about above in terms of the variety levels (of experience) of the pro team.

First up we had amateur welterweight Tim Barnett, who was stepping into the cage for the third time.  Just like his last two bouts, this one ended in victory for Tim with his opponent not even hearing the bell for the 2nd round.  The progress he’s making is lightening, and I can now first hand see exactly why!

At the other end of the experience spectrum we had pro flyweight Pietro “Pitbull” Menga, who moved to 12-0 by going over old ground and defeating former opponent Steve McCombe again.  I spoke to Menga afterwards and he mentioned that McCombe had definitely improved since their last meeting.  The bad news for Steve is that so had Menga, and he finished this one with a quality armbar in the 2nd round.  A victory that must move him even closer to the UFC, and demonstrates the type of athlete you’ll be surrounding yourself with if you get down and sign up for your 30 day free trial! 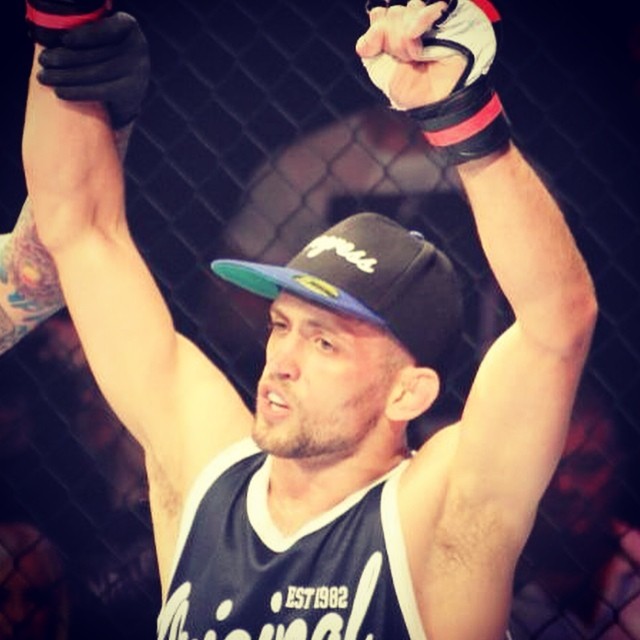