Here are some of the good things our members say about us. Since becoming a member at the MMA Academy, the quality of training and facilities has never failed to impress. A progressive syllabus delivered by friendly and approachable instructors, has helped me to develop my fitness and skillset well beyond my own expectations, and the opportunity to train with top level athletes as a beginner is an absolute privilege. All of this coupled with a welcoming atmosphere and diverse membership makes the MMA Academy an easy recommendation for anyone wanting to brush up on their skills, pick up some new ones or just get into good. Jason Tan has been a friend of mine since we first met in 2010 and it’s been a pleasure to train with and learn from him whenever I can. He has a wealth of experience that can benefit anyone from raw beginner to seasoned professional, and his competitive accomplishments speak for themselves. If I lived in Liverpool, I’d be training Martial Arts at the MMA Academy. 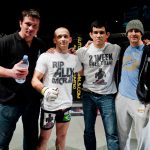 I travel 40 miles every day to train Martial Arts at the MMA academy in Liverpool, because the coaching, facilities and training cannot be beaten. The MMA Academy’s professional approach to mixed martial arts played a vital role in guiding me to two UCC British titles. 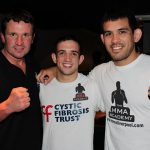 The expert knowledge and coaching styles from the gym instructors really helps you develop not only as trainers but as people. As a sufferer of Cystic Fibrosis the coaches at the gym really help with my condition and support me to raise awareness and money for Cystic Fibrosis. The gym is like a family and seeing everyone grow and progress really proves why The MMA Academy is the place to be whether you want to be a professional fighter, learn some self defence or just shred a few pounds! 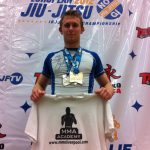 I started training at the Academy at age 17 and in just 3 years I have become a European Champion in Brazilian Jiu Jitsu as well as winning many regional and national titles. The training at the academy is phenomenal, Head Coaches Jason & Peter have put a great system in the academy for producing results, you can’t go wrong if you start training BJJ, Muay Thai or anything else at the Academy! 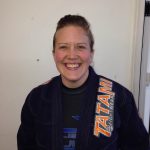 I’ve been training at the MMA Academy for the past 4 years and I’m a blue belt in Brazilian Jiu JItsu. It’s a friendly gym, with people of all ages and from all walks of life, so anyone can feel at home here. I like the clear structure of the classes and the quality of the teaching here. It means you progress every time you train and you’re never just going through the motions. There are lots of classes too, so you can always fit training around your work schedule. 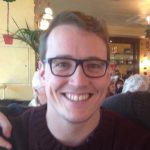 Most of my friends, family and colleagues can’t believe that I train at the MMA Academy and can’t believe that the instructors are current or former MMA champions. In many ways I’m the least likely person to go to this gym- I was unfit, I’ve hardly got a violent bone in my body, and I haven’t done any form of martial arts in years. But I decided on the spur of the moment to give it a go, and I haven’t looked back. The club is absolutely extraordinary, not only giving fantastic training to everyone regardless of their ability, but also creating a genuine sense of family throughout the club. Even though I’m not the “type” I’ve always felt very welcome at the Academy and through it I’ve got loads fitter, gained lots of confidence in myself and have started leading a much healthier lifestyle. I’m truly indebted to Jason, Peter and the rest of the coaches for everything they’ve done for me.

check out our video!