Peter Youds’ Road to the the IBJJF No Gi European Championship

The word prodigy isn’t something used lightly when it comes to the martial arts world. Every so often in sports someone different than the rest of the pack emerges, a lone wolf with a demeanour when performing their art that have people watching in astonishment.

The way the athlete carries out their tasks from the beginning has coaches just nodding their heads and knowing that their new student will be something special.

Brazilian Jiu Jitsu is one of the toughest sports I have ever taken part in. It is a sport that has no room for ego or machoism. It is a sport of pure beauty and skill. A sport where a smaller man can use beautiful technique to overcome a man 3 times the size and 5 times as strong! I have so much respect for anyone who does this sport and especially at the level of the guy this article is about!

I’m talking of course about Peter Youds! At the age of 22 years old he already has some accomplishments that would put men in their late 40’s to shame who have competed in Jiu jitsu their entire lives. One of my coaches down at the MMA Academy if he’s not training Jiu jitsu he’s teaching it. One of the coolest guys around the gym if you spoke to him face to face you would have no idea just what a savage competitor he is when it comes to his sport. Off the mat he’s really friendly and helpful and really is an all-round nice guy but step onto that mat and it’s all competition. Don’t get me wrong the guy will help you no matter what and is always there giving any advice needed but he’s an athlete, a born winner a lone wolf as I mentioned earlier and he hasn’t got where he is in Jiu jitsu by playing nice. He has this rare style of Jiu Jitsu very calm and composed and rather than using any strength really uses the techniques of the sport to perfection, it really is great to watch!

Like any sport it takes a lot of hard work and hours on the mat to achieve what he has. When he’s teaching a class the breakdown of technique is fantastic really past his time. His knowledge at such a young age is rarely seen anywhere else.

He has an astonishing list of achievements and all this has been accomplished at the age of 22! The lad has so much time on his hands and each day he’s only getting better, it’s a scary thought! The speed he has progressed is something to admire! Training with the likes of Jason Tan, James Owen, Ste Mcgiven amongst others (too many to name) can only improve you and make you better. Already super fight companies are looking to snap him up with each show they put on. I really believe he will go all the way in this sport. 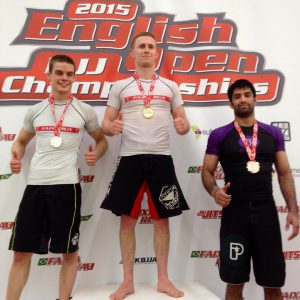 This April he looks to go to Rome to compete in the IBJJF No Gi European Championship. This is no minor Jiu Jitsu tournament it is one of the biggest tournaments there is and all the best competitors from all around Europe and indeed other parts of the world will be in attendance trying to take home that gold medal. Watching Youds train around the gym is inspiring, he’s hard at it every single day and he really has a good chance of taking home multiple medals. Already he’s been lucky enough to be able to compete at the 2012 and 2013 events. Securing Gold in the Adult blue belt division in 2012 and Silver in the Adult purple belt division in 2013. This year he’s looking to go one step further and bring back the gold!

Recently with the help of his page http://makeachamp.com/peteryouds Youds was able to achieve his funding target! This is a testament to just how much belief people have in him coming back with the gold in this tournament. All of us down the academy would like to wish him all the luck in the world and really do have faith in him going all the way in this sport. 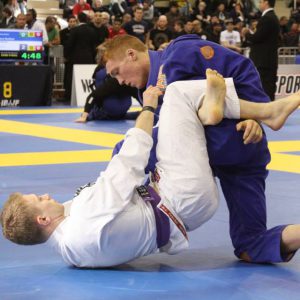 Below is a list of Peter’s accomplishments in the sport:

I spoke recently with Peter and asked him who he’d like to thank he had this to say:

I’d just like to give a huge thank you to Ryan McMahon, Lee Cruise, Carl Wade, Scott Keller, Chris Dougo, Mick Bowman, Karen Sass, Jay Seddon, Mike Seddon, Andy Rhodes, Carl Riveria, Jasmine, Mark Ryan, Nicky Carrol, James Gallagher, Phil Ball and my Mum & Dad, without their generous support my attempt of becoming European champion would not be possible. I’d also like to give a special thanks to Douglas Tyres & Miyagi Bold Street for their support!

Good luck to Peter and the other athletes and coaches in Rome!