This week’s training was a solid combination of BJJ and Muay Thai, as well as Some MMA classes and weekend sparring. Slow but steady progress once again.

I’ve started to notice my kicks getting slightly higher during the Thai classes. My leg defences are also a little sharper. I’m still a million miles off where I want to be, but Muay Thai coach Ryan Hillier has really helped me make improvements.

Coach Ryan is quite a character, it’s worth attending the academy just to have a laugh with him in his classes. He has the banter flying, but when it comes to knuckling down for the serious work and technique he’s one of the best. He’s had a lot of patience with me, as kicking will never be my strong point, but I’m grateful to him for the attention to detail he always shows me. That’s not to say I get any special treatment or anything…as every single student that attends any class at the Academy is looked after brilliantly…I just mean I’m really appreciative and aware of the coaches going the extra mile. 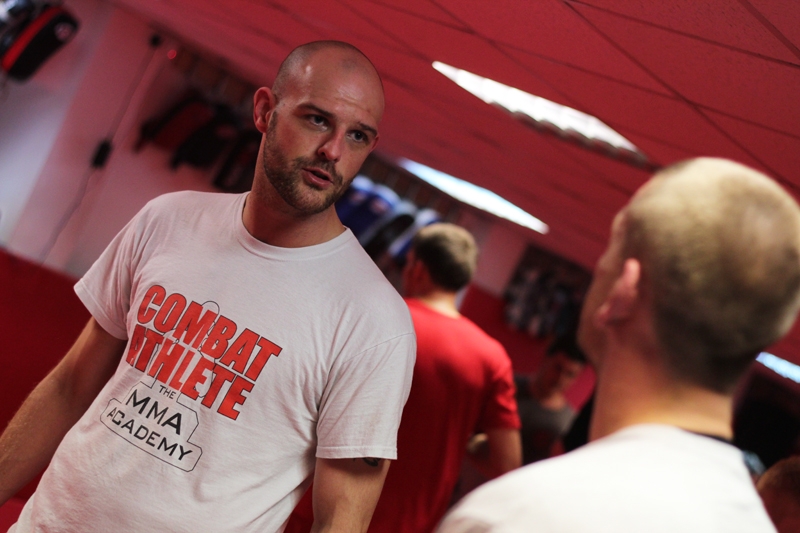 Downstairs on the mat and the Jiu Jitsu classes are strong as ever. I know I’ve said it before, but the Combat101 BJJ class has to be the busiest in the Academy (if not then at least in the top 3) which is testament to the first rate coaching provided by James Owen. I’ve yet to see anyone walk out of his class and look like they didn’t enjoy themselves. They can be tough, but also fun, and you always learn something.

This week is a perfect example of that. We’ve been drilling various sweeps and obviously it’s been tough and tiring due to the thorough nature each technique is dissected with, but it also made me chuckle to myself during a certain instructional drill. There was a specific sweep from the ‘S-Mount’ which at one point required you to walk in a circle with your shoulders pinned to the mat…also known as performing the ‘Homer Simpson walk’ haha!

It reminded me of when we had a guest coach down at the Academy not so long ago. SBG Portland resident Leah Taylor paid us a visit and we were lucky enough to have her instruct our class while she was here. It was great to get an insight into the methods used across the pond, especially considering Leah’s status as a BJJ Women’s World Champion. Connections like these are something the MMA Academy is really fortunate to have, due to our Head Coach’s strong links to the SBG enterprise. 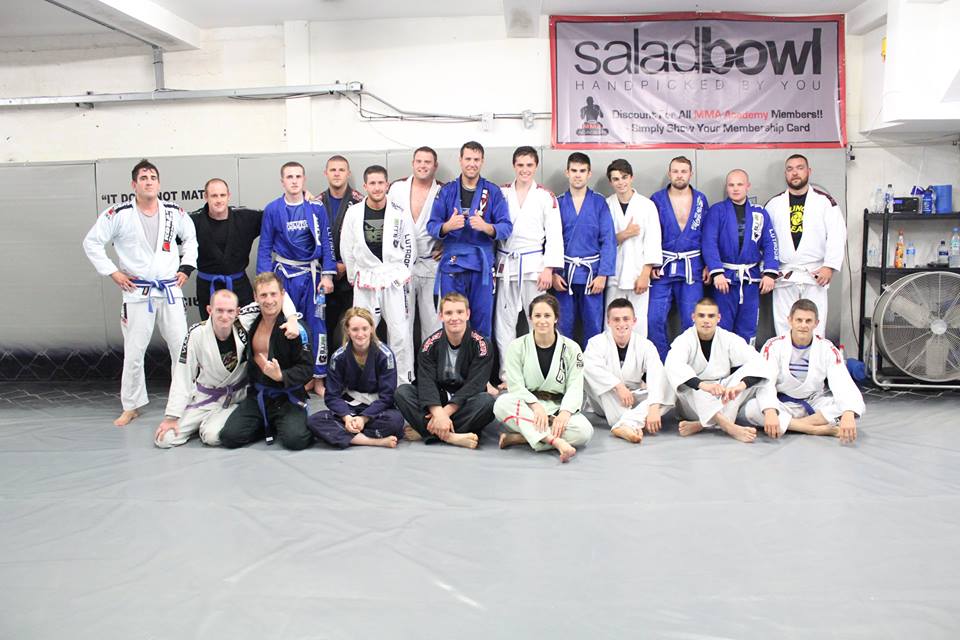 Leah Taylor – front row, centre (next to me)

As I was saying above, Jiu Jitsu can bring up some funny sayings and I remember a term that Leah used called ‘Half-Guard Hero’ – I think the context she used it in was when someone is completely out of ideas and clinging onto a half-guard for dear life. It made me laugh anyway, as that was 90% of ‘my game’ for most of last year!

I then got thinking of some other humorous names for techniques I’d heard around the gym.

I used to think a ‘whizzer’ was a slang term just used in our gym but I’ve heard the phrase mentioned on the UFC a few times since then. It’s basically just an overhook, used a lot of the time to stop an opponent taking your back.

Two other terms I’ve heard in the gym but really don’t expect to hear in the UFC are the ‘Dead Squirrel’ and the ‘Stayin Alive’ haha! The Dead Squirrel is a defensive position taken up in BJJ, called as such because your posture resembles that of a squirrel’s (don’t know why it’s a “dead” squirrel haha) and the Stayin’ Alive is an escape that requires you to bump your hips and throw your arm just like John Travolta in the movie Saturday Night Fever. If you’re still not familiar with this one then just stick close to me on the next gym night out, I’ll be the one on the dancefloor tearin’ it up!
As I said, I don’t know whether these are restricted to our gym or are commonly used BJJ terms, but they made me chuckle and kept the fun in the learning process.

Sticking with the subject of ‘jitz’ and I have to mention the guys performing brilliantly (yet again) at some more Jiu Jitsu events. This time it was the UMA BJJ Tournament, where a mixture of white and blue belts from the Academy returned with 1 gold, 2 silver, and 4 bronze medals.

I had a full report from some of the competitors upon their return to the gym, and was told every single student fought their heart out and done the Academy proud. It was to hear of guys like Chris Green and Ste McLelland compete and win – lads who I have seen progress so much since they started around the same time as me.
The UMA gold medal was won by our very own ‘Cash for Gold kid’ – James Kirkham, here’s a clip of his final match.

As if that werent enough, much of the same crew went and competed the following weekend at the North West BJJ Open, where the medal haulage was even more impressive – 3 Golds, 4 Silvers and a Bronze. 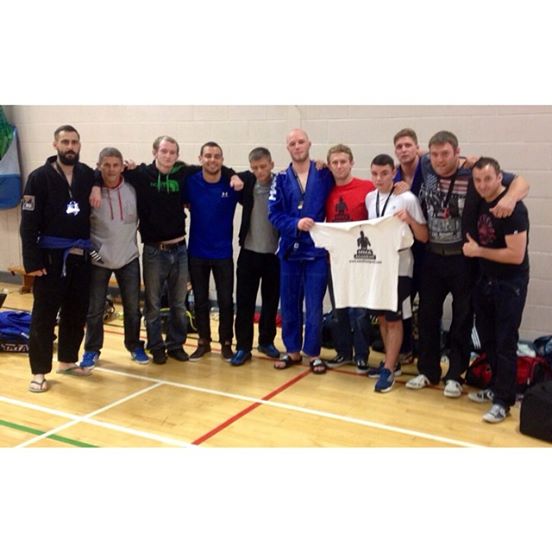 Brilliant performances yet again and I was so pleased for everyone, especially the likes of Ant Trimm, Mick Dowd and John Sibson who are three of my favourite lads down at the gym…and I was proud when I heard Scott Keller earned himself a Gold medal. Haha yep – I actually felt pride for someone else when I was told this news!

And to put the BJJ cherry on the cake we only had womens coach Christine McDonagh go and take gold at the British Open! 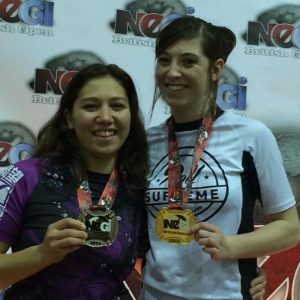 As usual, the week finished with some quality MMA sparring on Saturday.
I got some good rounds in, beginning with some 3 min rounds with Olli and Anthony Trimm, and then some 5 min rounds with Mike Wootten and Tim Barnett.
Olli is a really good guy who’s from Finland but lives here now. He’s got a Muay Thai/Kickboxing background and he’s tough as old boots! Whatever you hit him with he just keeps on coming!
Ant Trimm is a blank canvas, he’s a young kid who began his training here at the Academy and he’s deffo one for the future. He’s good in all departments but what impresses me most about him is how quickly he picks new things up.
Tim and Mike – what can I say about these two that I haven’t already said in these blogs! They were both sharp as a razor in preperation for their upcoming fights on BAMMA – which I was cageside on and will put a little report in on next week’s blog (along with a ringside report on coach Matty Crozier’s Muay Thai fight.)