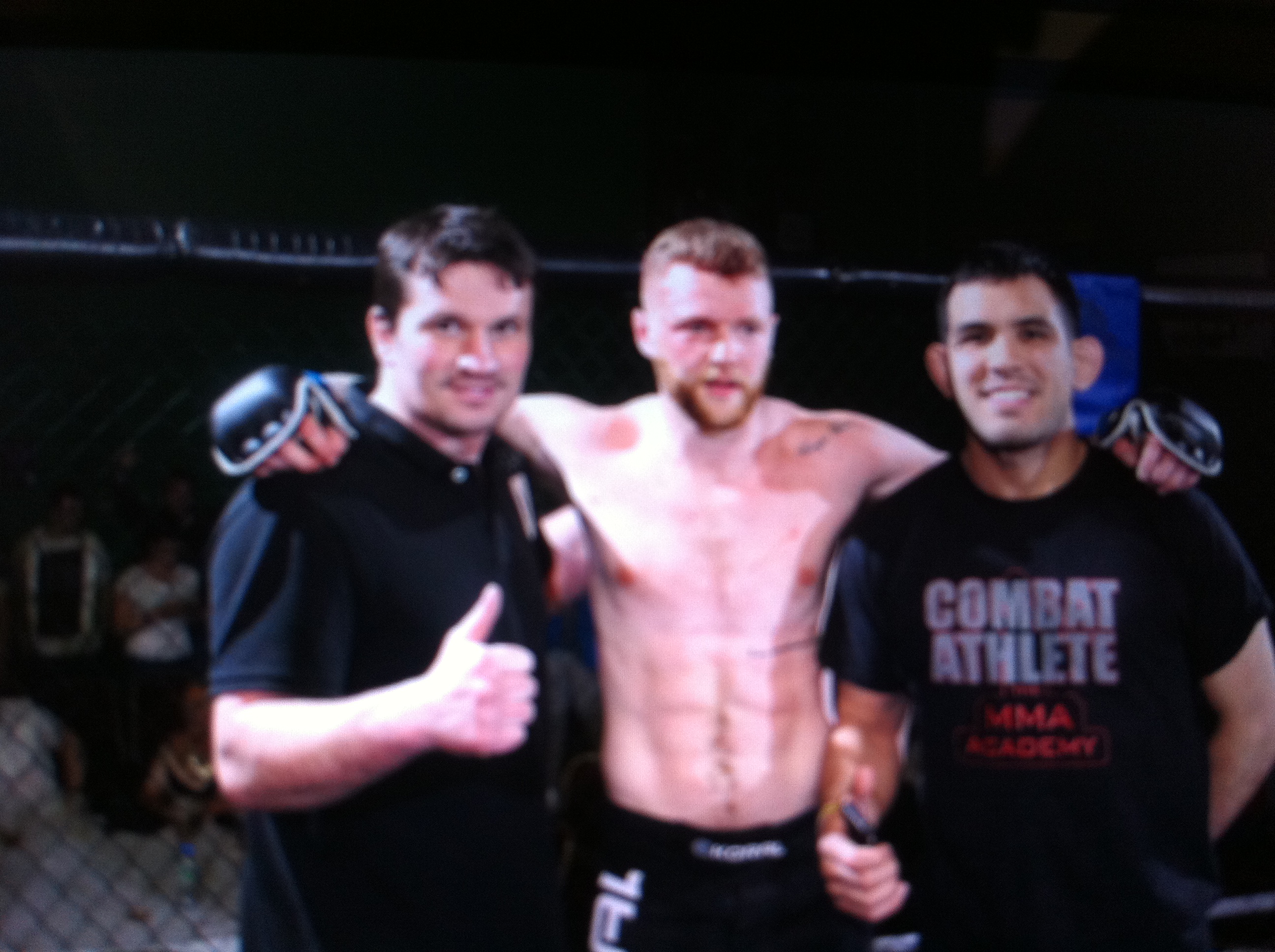 Pulling from a fight is always a devastating thing for any fighter. After all the actual fight is the

reward they get for the hard training and sacrifice they make on a day to day basis in the gym. This

was no different for myself. I had to withdraw from my fight at FCC 10 and it hit me hard. I literally

did all I could to try and make sure I was back for the contest but it just wasn’t possible.

the right one, it was! 3 weeks after my injury I was back in the gym and coach Jason has already

scheduled another fight on the BAMMA Liverpool card a massive opportunity for any fighter especially an amateur!

to get a good taste of professional fighting before they eventually make the transition.

This was the case at FCC 10 which I went down to watch with my other half. As soon as we arrived

at the show the professionalism was evident. From the general vibe to the staff and setup, the show

was destined to be a success from start to finish and it definitely didn’t disappoint. We had 3 of our

lads fighting and all 3 came out victorious on the night.

First up was Adam Mcgann making his debut in the cage. He was fighting Danny Mcloud a lad who

lives local to me and I know his brother well. They are both really tough and well-rounded and from

a good rival gym. The contest was destined to be a good one and it really was! Back and forth action

from the opening bell, Mcloud was pressing for the takedown and McGann was trying to keep it

standing using his slick boxing skills. It was a fantastic first contest for both lads and a really good

experience. Adam Mcgann got the victory by unanimous decision and deservedly so. He managed to

impose his game plan land the better strikes on the feet, defended the takedowns and secure a few

takedowns of his own as well as two close submission attempts.

Next up was Robbie Fallon, unfortunately for Robbie his opponent pulled out just a few days earlier

best. Took the guy down, took his back and pounded his head into the canvas! I could hear it from

where I was sitting! The lad has power! Short night for Robbie but another win on his record and his

Finally was Aaron Aby! This lad is like an inspiration and I have picked up a lot from him around the

gym. Aaron fought a tough tough guy in Scott Gregory and he showed why he is such a good mixed

martial artist! He dropped Scott with some beautiful knees and was pounding Scott but he used

Academy Is famous for and switch from triangle to arm bar and finish Scott in the first round! Not

only that but Aaron also managed to raise over £1000 pounds for charity! Massive success for him

hard! Jason had informed me of my fight so I was working on improving my game in all areas. What

Academy has to offer. I have to give a special mention to Mike Wootten here! I can personally say

complimenting his coaching skills! He can stand in for Thai or jiu jitsu classes the lad can teach it all!

Big thanks to Mike.

Training for this next fight is going really well! I feel sharp already and I cannot wait to get back in!

have before my injury! You have to see the positives and I really have. I feel better than I was before

people are assessing their skill set and adding areas to it to make them more well-rounded. Jay

Seddo for example is doing a lot more Thai! I trained it with him recently and wow! The lad has

improved so much in such a short space of time! Also Kinny and Graham have been working a lot

more on their boxing and it has payed off so much! That’s what I love about our gym! Ego’s are

dissolved when we walk through the doors, everyone can take constructive criticism and use it to

improve! I can guarantee everyone will go far!

put on a good show on the night! The show is only in the Olympia in Liverpool so I hope to see you

Keep working hard, keep helping each other that’s how we will all keep getting better as a team! See

you all on the mats!